The effect of influencer marketing; a look at the fashion industry

If there’s an industry that can be called an ‘early adopter’ in the field of influencer marketing, then it’s the fashion industry. Influencers are frequently used to market products from various brands. Many of the influencers on Instagram are a prime example of youth; accessible, successful and ‘on fleek’. What does influencer marketing mean exactly, and what exactly does it deliver? OBI4wan took a closer look into this exciting world.

The role of social media is changing, especially for brands. Because of all sorts of algorithms, it is almost impossible to score organically. Unless … you use people as ambassadors for your brand. What you then get is influencer marketing, a way of marketing where influential and relevant people are used to influence the behavior of the brand or product’s target group.

Influencer marketing: why does it work?

We live in an era where consumers prefer to make their own decisions. At the same time, these decisions are strongly influenced by the people around us who share their experiences with different brands and products via social media. Influencer marketing has boomed in recent years. Having had a slower rise in 2014, it is now clear that, since 2017, we can no longer deny the trend. 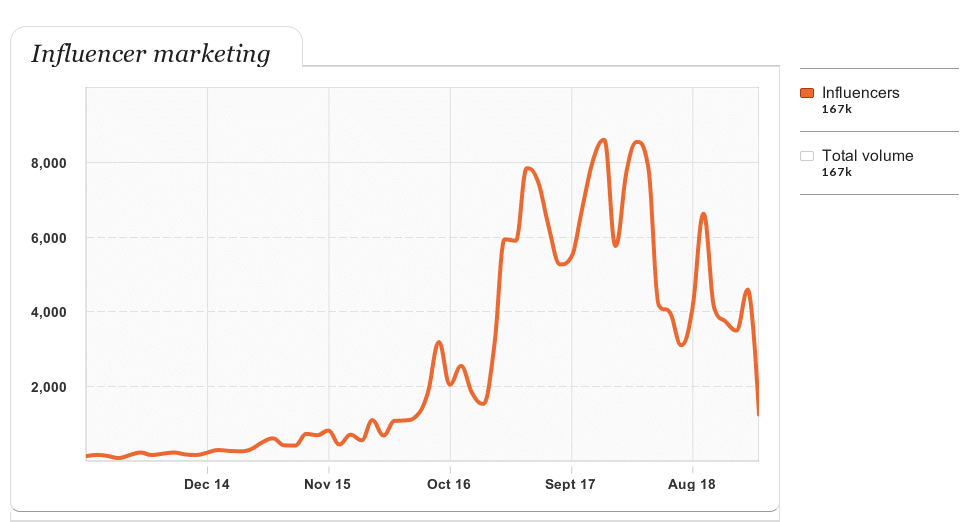 People trust people, not brands, which is why influencer marketing can be a powerful marketing tool, especially in the fashion industry. Various studies have shown that word-of-mouth generates twice as many sales as paid advertising. And, consumers who buy via word-of-mouth have a 37% higher retention rate, according to an article by Forbes. Influencer marketing also ties in perfectly with the ‘social proof’ principle of Cialdini, which states that we seek confirmation prior to our purchase as to whether or not we’ve made a good or bad choice.

The social media monitoring tool from OBI4wan shows that #fashion is one of the most used hashtags on Instagram. Instagram, fashion and influencers therefore seem to be a match made in heaven.

A campaign that we can be proud of and that we will not soon forget is the one with Dolce & Gabbana and Dutch hijab model, vlogger and Instagram star Ruba Zai, who inspires young girls all over the world.

The 25-year-old Ruba became well-known on Instagram via her account @hijabhills. She didn’t go unnoticed with the Italian fashion brand — and was subsequently asked to be the face of the abaya campaign, which was launched around the time of Ramadan. A wonderful example of how the brand’s message exactly matches the core values of the influencer. And what a result! 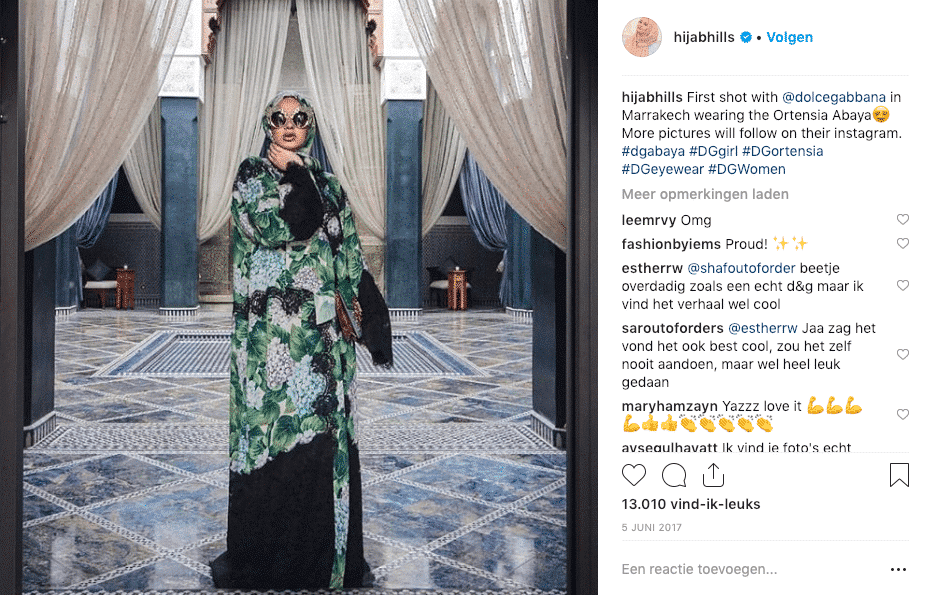 Not only did D&G and Ruba Zai achieve a large reach via their own channels because of their collaboration, but this high-profile campaign was buzzed about in worldwide media as well. In The Netherlands, the campaign was widely distributed by, among others, Metro, NOS and nu.nl, Cosmopolitan, LINDAnieuws and RTL Nieuws. Internationally, it garnered attention from platforms such as Vogue, The Guardian, CNN, StepFeed, The National and Emirates Woman, and thereby reached an audience of billions.

There have been other successful collaborations with influencers Linda Tol, Anna Nooshin, Yara Michels and Nikkie Tutorials, who link their names to brands such as Roberto Cavalli, Loewe, NA-KD, Clinique, Hudson’s Bay, L’Oréal, Marc Jacobs and many more.

Is influencer marketing here to stay?

Love it or hate it, influencer marketing looks like it may be here to stay. Yet there are still certain conditions that need to be considered. For example, the connection between the influencer and your brand must be genuine and honest, otherwise it is actually no more than paid advertising, and therefore loses its impact. Give the influencer the space to still be themselves with regards to your brand, and look beyond just the number of followers your (potential) influencer may have. It is often much more effective and more advantageous to use multiple micro-influencers as opposed to one big one. These micro-influencers can often reach precisely that target group that you, as a brand, want to appeal to.

“If brands are featured too often in the spotlight, with too many bloggers, both parties will suffer, and if the credibility of the blogger decreases, the effectiveness of their efforts is doomed”, says Mark Schaefer, marketing strategist and owner of the popular blog “Grow”.

If you think influencer marketing may perhaps be a step too far, then consider this: start small. Look at your own satisfied customers and make them brand ambassadors or nano-influencers. Take a look at the Instagram feed from HEMA, which makes clever use of user-generated content from its fans. In any case, always keep an eye on the impact of your marketing and PR efforts with the use of a good media monitoring tool, and measure the impact and reach of your campaigns and marketing communications!

Inspired? Share this message!
Linsey Jepma
As Content & PR Coordinator, I am involved in the wonderful world of webcare, chatbots, reputation management and data insights on a daily basis. Writing really is my thing and I have an inexplicable passion for neuromarketing and behaviour. Do you want to exchange thoughts? Connect with me at LinkedIn.

What is the difference between social media monitoring and social listening?

As social media professional you have probably heard about social listening and social media monitoring. These two terms...
Read more

What is reputation management and how do you take it to the next level?

Reputation management has become an integral part of the current media landscape. Brand reputation has been closely moni...
Read more